Reuven Paz was born and grew up in Israel. He graduated his academic education in Haifa University in the fields of Arabic language and literature and Middle Eastern Studies, specializing on Islam and modern Islamic thought, and is fluent in written and spoken Arabic.  Most of his studies, research, and field of experience in the past 35 years focused on Islam, Islamic culture, Islamic radicalism, development of radical Islamic doctrines, all over the world, and Palestinian society both in Israel and the Palestinian Territories. His research combines academic work with a long field experience.  In 2003, he founded the Project for the Research of Islamist Movements (PRISM – www.e-prism.org) in the GLORIA Center at the Interdisciplinary Center, Herzliya, Israel, which he directs. PRISM focuses on research in the field of Islamic radical movements and ideology and global Jihad. In 2006, PRISM has opened a special research project for radical Islam in Africa, and in 2007 a research project on Islamist social affairs. Reuven Paz has published so far dozens of articles in the fields of Palestinian society and politics, global Jihad, and radical modern phenomena in Islam. He also gave 18 expert testimonies in courts in cases that involved terrorism. His forthcoming book is on “The Mindset and Culture of Global Jihad.”

According to a number of recent reports in the Israeli Media, the Israeli security forces have been increasingly troubled by an upsurge in hostile actions on the part of Jewish settlers. There are reports of acts against the Palestinian population, possible attempts to target high-ranking

On the background of the many threats by Hamas to avenge the killing of the Awadallah brothers on September 11th and to renew its terrorist activity in Israel, it is of interest to note some conflicting voices in the Islamic movement. On September 8th, two

In the past few weeks several articles have been published by prominent figures in Hamas hinting at a possible change–or at least rethinking and reevaluation–of its terrorist tactics. Yet another of these articles was published in the October 1998 issue of the monthly Filastin al-Muslimah,

Over the past few months Hamas has been expanding its activity and influence in the Palestinian refugee camps in Lebanon. One vehicle for this expansion is a London-based center called “The Palestinian Return Center” (PRC). In November 1998 the center opened an Internet site, which

On April 21, the grand mufti of Saudi Arabia, Shaykh Abd al-Aziz bin Abdallah Aal al-Shaykh, said that Islam forbids suicide terrorist attacks. This has raised a storm of criticism from supporters of the Palestinian intifada against Israel. However, the mufti may have been thinking

Hamas has succeeded, through its popular influence and close relations with leading elements in the Palestinian Authority (PA), in making some important moves toward the “Islamization” of the PA/Fatah on one hand and a large part of the Palestinian public on the other. The longstanding

The horrible series of explosions in train stations in Madrid in 11 March 2004, which killed so far about 200 people, and injured over 1400, has shocked the whole world. Beside the results and the repeated evidence of the evil and dark side of terrorism,

On 10 March a declaration appeared on an Islamic Arab internet forum—Sawt al-Haq[1], affiliated with the Muslim Brotherhood—announcing the establishment of the Hamas movement in Kuwait. According to the declaration, the Kuwaiti branch of Hamas was formed specifically in order to fight the American forces

So far it appears that if Al-Qaeda has a number of North African cells in Europe affiliated with the strategy of global Jihad in Iraq, we can assume that such sub-contracting groups are composed of “not so sleeping” cells on European soil, and not of

In the past two weeks, two major controversial positions appeared on Jihadi web sites and in the Arab media. These statements were made by two of the most important and influential clerics of the Jihadi-Salafi current of global Jihad. Reprinted with permission from Global Research

On January 14, 2007, one of the leading Jihadi-Salafi scholars, the Kuwaiti Sheikh Hamed bin Abdallah al-Ali, published a new and interesting document on his website titled “The Covenant of the Supreme Council of Jihad Groups (Mithaq al-Majles al-A`la li-Fasael al-Jihad) which was immediately circulated

Hamas’s website publishes Islamic anti-Jewish and anti-Israeli literature, as well as the newsletter “Filastin al Muslimah” in English, and other propaganda against Israel and against the Palestinian Authority.

Experts on terrorism tend to claim that Hamas has shown high sophistication in unleashing waves of terrorism and perpetrating attacks against Israeli citizens. Some have been inclined to argue that Hamas is involved in intricate attempts to hinder the peace process, to change the government

Egypt was extremely shocked at what happened in Luxor recently. A group of criminals and murderers, seduced by the Devil, opened fire blindly on whomever they laid their evil eyes. They killed tens of innocent men and women who came to Egypt for tourism, to

The past weeks have witnessed an escalation of the situation in Chechnya, with the start of a new phase of Islamist terrorism and guerrilla warfare through two suicide operations.

On December 26th 2002, the moderator of the radical Islamist Internet forum al-mojahedoon.net – Abu Shihab al-Qandahari – published a short article titled “The nuclear war is the solution for the destruction of the United States.”

On January 30-31st, 1999, the council of Arab Interior Ministers held its 16th meeting in Amman in an effort to consolidate a united policy on counter-terrorism, and to reaffirm the Arab counter-terrorism accords of April 1998. 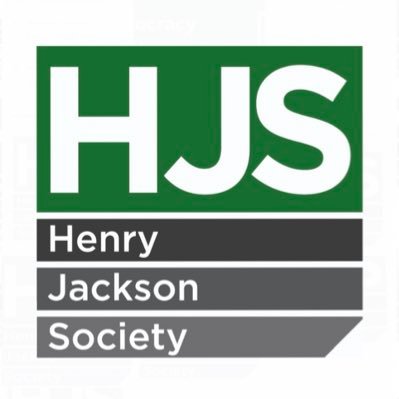 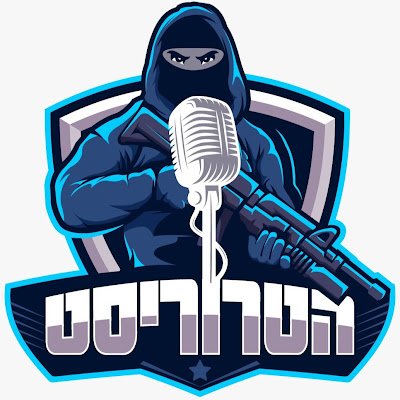 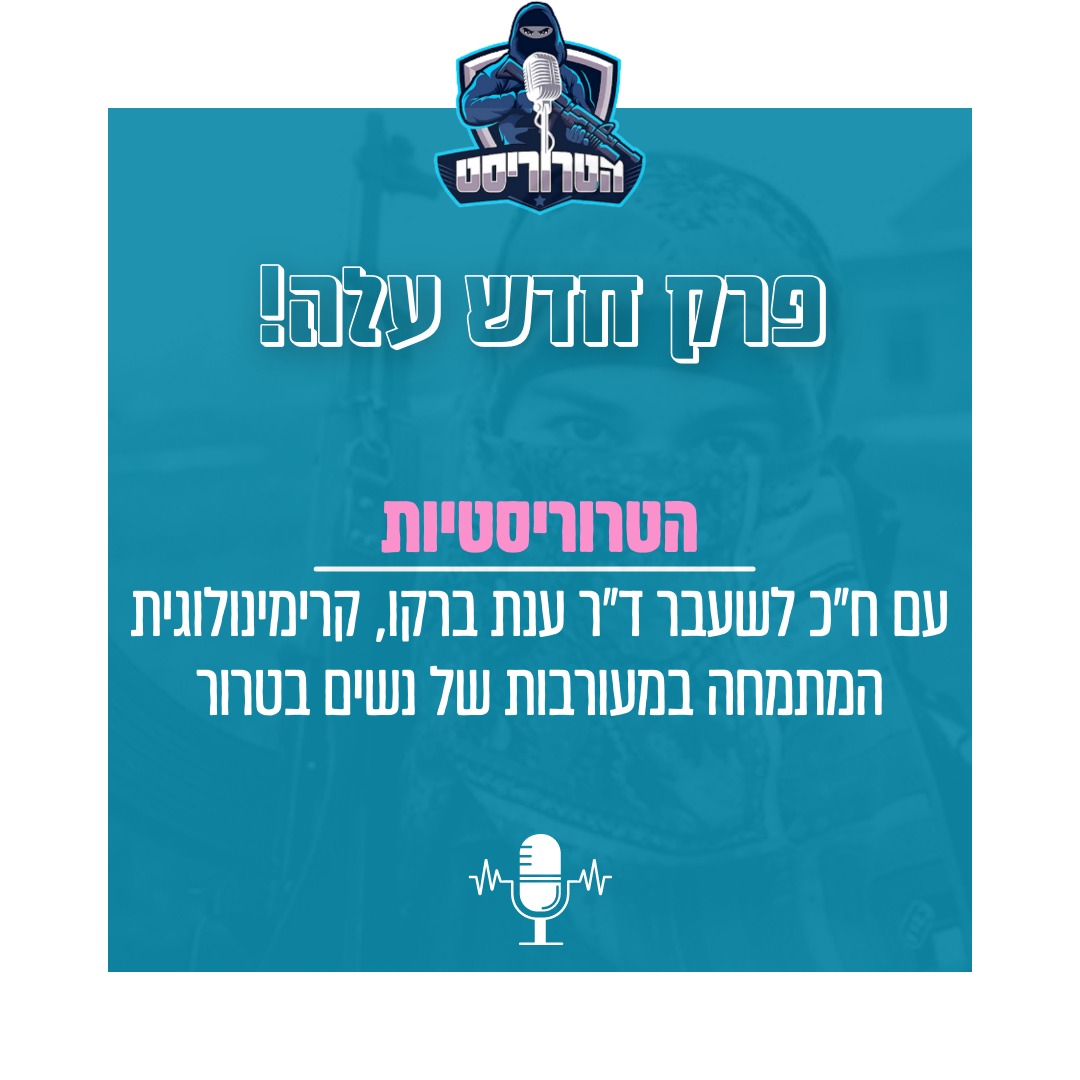 Lt. Col. (Res.) Avi Kalo, a Fellow at ICT and the Former Head of the MIA (Missing in Action) Department at the IDF Intelligence Department, spoke to 103FM on Hamas' release of a video of Avraham "Avera" Mengistu (in Hebrew). https://t.co/vDD4eNbIfU
1

Henry Jackson Society@HJS_Org
A think tank devoted to securing our societies and advancing the free world.
Total Tweets18.67K
Followers23.06K
Following571
@HJS_Org: On 18 January we're joined by Prof Ganor, Dr Yishayahu, and @BurcuAOzcelik to discuss the key issues relating to the moving landscape of counter-terrorism policy and strategy in the Middle East.You can RSVP to this online event here: https://t.co/u5WpoXXQVW https://t.co/vsuhOXkcWG 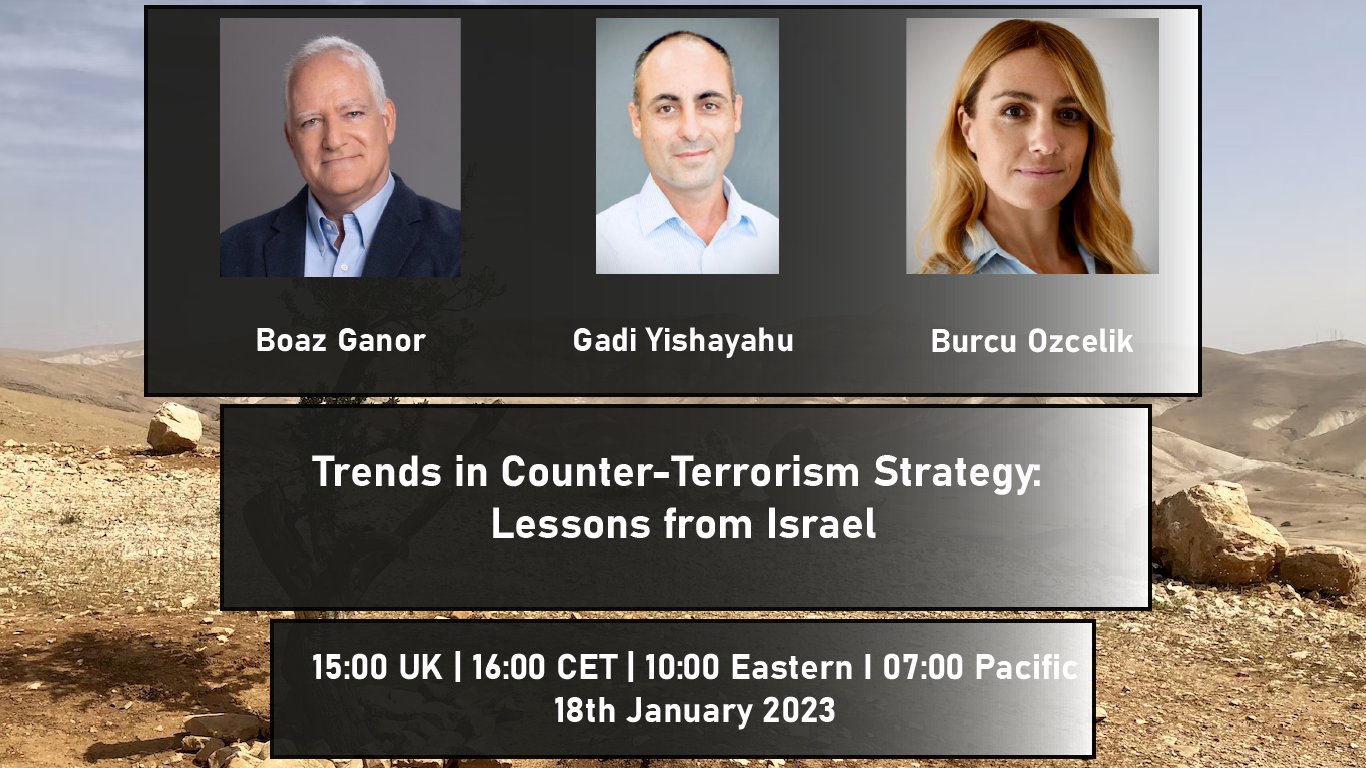