Hamas rulers marshaled hundreds of thousands of supporters to a huge anniversary rally held in Gaza in 14 December 2008, marking 21 years of its founding. The Islamic extremist group bragged about its violent exploits, promised more money to Gaza’s impoverished people, and announced it would soon stop recognizing the legitimacy of Palestinian Authority President Mahmoud Abbas (Abu Mazen), who now rules only the West Bank. Hamas organizers said that about 300,000 Hamas supporters crowded into a dusty outdoor arena and spilled over into nearby streets. Many waved flags and sported baseball caps in the Islamic group’s signature green color. In the chilling and appalling skit, Hamas paraded a Palestinian speaking Hebrew and dressed in an Israeli soldier’s uniform – a reference to Israeli Sgt. Gilad Schalit, captured by Hamas-allied terrorist in June 2006. The mass rally was marking Hamas’ political aspirations towards the unification of the Palestinian territories under its rule reflecting this aspiration on a huge banner behind the central dignitaries podium,” West Bank [and] Gaza … Unity [and] Pride”[1]

During the rally, Hamas’s Prime Minister Ismael Haniya was standing in front of the dignitary’s stage waiving a wooden shaft with the Islamic green flag. Hamas’s green flag already carries the “Shahada”, which also appears on the Saudi flag. The Taliban regime in Afghanistan also had similar writing on its flag. Under the Hamas’ Islamic flag the Palestinian traditional flag was attached.[2] The sharp-sighted could have noticed at a very symbolic and substantive change while looking closer with more attention to the traditional PLO flag. The Palestinian flag included caption of the Islamic declaration of faith, Shahada, “La Ilaha Illa Allah” (There is no god but Allah). This formal symbolic act preformed by Hamas leader Haniya was a clear cut challenging manifestation of the radical Islamic Hamas on the Palestinian Authority and the secular nationalistic PLO.The fact that the Islamic flag was above the Palestinian flag has also a symbolic message stating that the PLO is under and subordinated to the Islamic rule and dominance.

Although during 2007,in sporadic Hamas rallies and demonstrations in the Gaza Strip, Hamas supporters were seen carrying Palestinian flags that included the Islamic declaration of faith, the 21st Hamas anniversary rally in which a formal act preformed by Haniya himself signaled a visual strong message to where Hamas’ direction leads, towerds the Islamization of the Palestinian cause and challenging the PA in the West Bank and Abu Mazen.

Last summer, Fatah officials already expressed their deep concern over Hamas’s attempts to change the Palestinian flag, noting that his is an attempt to obliterate the national and historic character of the flag. According to Palestinian sources, the Palestinian law forbids introducing changes to the flag. “The PLO has paid with the blood of many martyrs to defend the flag, which is the symbol of Palestinian identity.”[3]

Hamas and Fatah feud over flag is an overt challenging symbolic manifestation of a deepening strife within the Palestinian domain led by Hamas since the violent take over of the Gaza strip in 2007. The streak of success in the election process for the local councils held in 2005 and the elections for the Palestinian Legislative Council in January 2006, has provided Hamas with the justification to the claim that from the results of the elections it has been proven that the Palestinian people have spoken in favor of its support of the Hamas and placing it as a newly genuine legitimate force, at the forefront of the Palestinian leadership instead of the historic traditional PLO. Hamas which in fact is a radical Islamic organization, far removed from values of democracy, has adopted the democratic argument and claims that from now on, it is the representative of the Palestinian people, while posing a new threatening challenge to the arrangement existing since 1964, where the PLO has taken the right of representation and leadership of the Palestinian cause.

The elections that took place in 2006 when the Hamas overpowered the Fatah and achieved majority in the Legislative Council, when the presidency was still under the control of the PLO, emphasized and deepened the rift between the PLO as a secular national Palestinian movement and the Hamas who challenged the Palestinian Authority’s legitimacy in continuing to represent the Palestinian interest.

One of the examples publicized recently reflecting Hamas’s stance regarding the non-legitimacy of the Palestinian Authority and the PLO, is reflected in an article published by Ibrahim Ghausha, representative of Hamas in Jordan in the “Al-Majd” newspaper on September 29th 2008. The writer states that the Palestinian Authority led by the PLO lacks legitimacy in light of the results of the elections and also due to the fact the Authority and Abu Mazen are a tool for promoting the interests of Israel, the United States and the members of the European Quartet. Ghausha goes on to declare that in regards to the Palestinian Liberation organization (PLO) and the Palestinian National Council, the Hamas movement will be willing to acknowledge these institutions only after its re-establishment based on the democratic principle, holding free and clean elections in the “inner” territories (i.e. West Bank and Gaza) and “outer”(i.e. the Palestinian Diaspora around the world) that will bring to the establishment of a free Palestinian National Council, an Executive Force and other institutions of the PLO comprised of new people instead of those today acting in the service of Mahmmoud Abbas (Abu Mazen) who abuses the PLO and its institutions for political and other maneuvers.[4]

Ghausha’s position express Hamas’s premise that if general elections for the PLO will indeed be held, Hamas and the Palestinian rejection front organizations will win the majority of votes in a democratic expression of the Palestinian’s desire. This new post election reality will cause a historical revolution in the PLO that will change from a secular-national representative entity into an entity representing the radical national Palestinian Islamic interests as might be reflected in the results of the elections, and the victory of Hamas in the Legislative Council.

The real existential battle between the Fatah and the Hamas takes place to a great extent behind the scenes and in a fashion that does not receive headlines. The fight is not only for the legal legitimacy and right to represent the Palestinian cause and its people, but also for the ideological, doctrinal, national, personal and physical survival. The Palestinian historical achievement backed by the Arab and Muslim countries, which was achieved by Yasser Arafat in an ongoing battle since the mid 1960’s, is now in danger of being expropriated by the Hamas. The achievements of the PLO molded by the Fatah after 1967 as a national secular Palestinian revolutionary movement (“Filastin Al- Thawra”-Arabic), is threatened by the Islamic alternative (“Filastin Al-Muslimah”-Arabic), which poses the solution through the religious principals of Islam (“Al-Islam Hu Al-Hal” – Islam is the solution).

The London daily Arabic newspaper “Al-Sharq Al-Awsat”, editor-in-chief Tariq al-Homayed warned that under Hamas’s rule, Gaza was becoming like Afghanistan, a hotbed of poverty, violence and strife among armed factions.[5] Al-Homayed stated:” “The transformation of the Gaza strip into another Afghanistan is a future whose first casualty will be the Palestinians and their cause. This cause has been shattered by Hamas, whose members want to rule as they will, and are waiting for the world to accommodate them”. Homayed continues his somber analysis accusing Hamas as “ a very real danger to the Palestinian cause. They have already blown the chance of creating a Palestinian state by splitting off from the legitimate authority of Abu Mazen… we must take a decisive stand against Hamas, for a simple reason, the boat in which they are drilling holes will not only drown them, but will drown all of us, and we will all be the victims”.[6]

The Islamization and radicalization of the Palestinian issue as represented by Hamas, pose a threat for any potential progress towards peace between Israel and the Palestinians.Hamas’s radical Islamic foundations and ideological commandments are “non-starter” positions. The new reality created by Hamas in Gaza poses a great deal of concern within the Palestinian secular national movement, in Israel and the west as well. The weakened Fatah and the shaky Palestinian Authority transmitted messages, statements and declarations of apprehensions regarding the evolving situation may “shut the door” for a long period of time to any chance in promoting the Palestinian dreams and aspirations to fulfill its national goals. 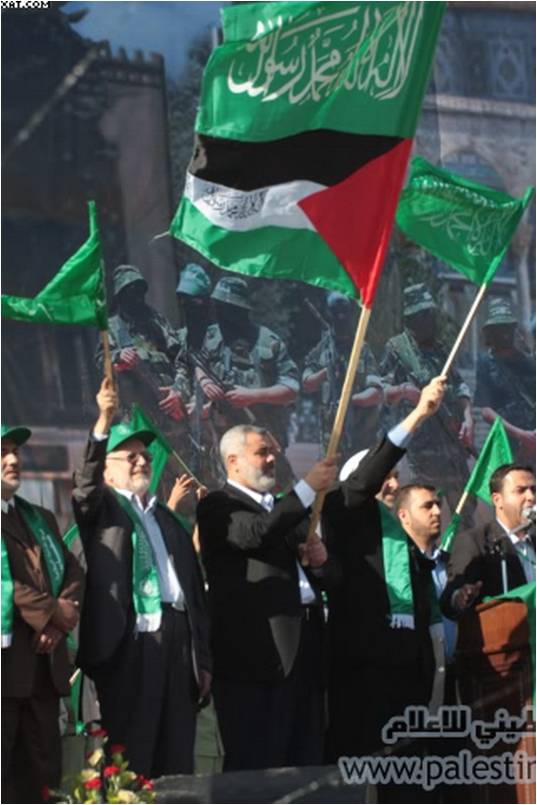 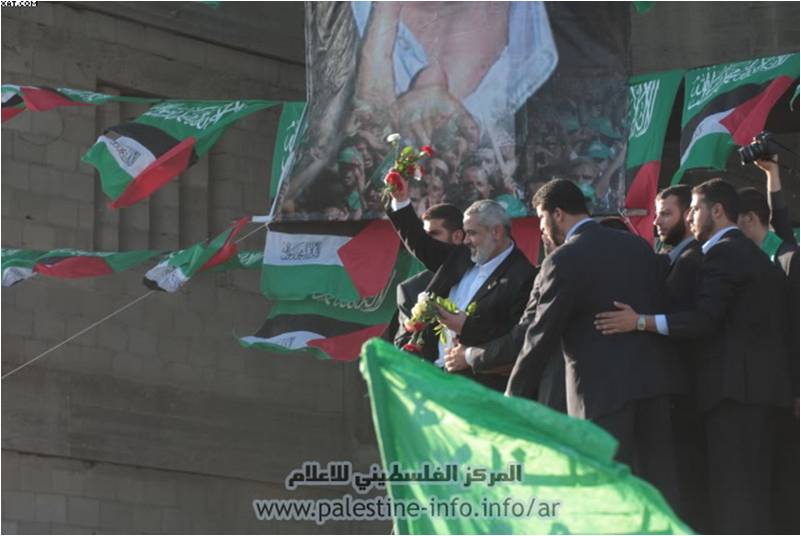 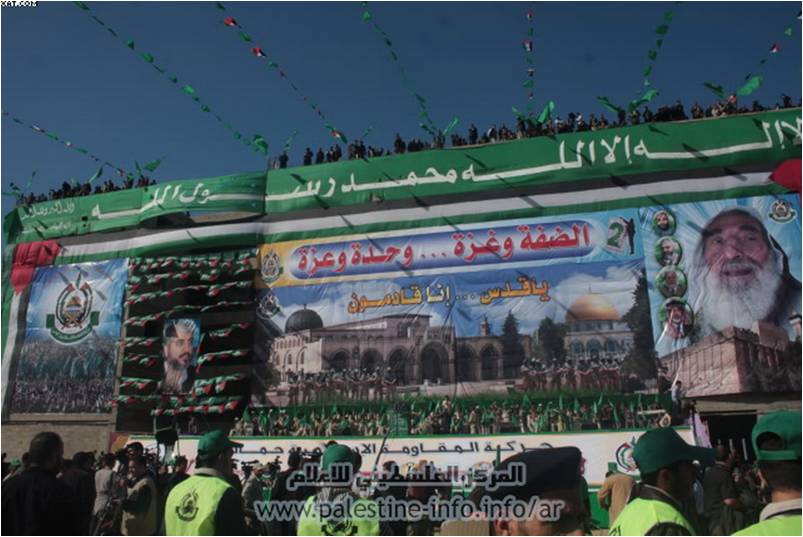 [3] According to a senior PA-Fatah official in Ramallah.

Senior Researcher & Head of the Terrorism Prosecution Desk, International Institute for Counter-Terrorism (ICT), Interdisciplinary Center (IDC), Herzliya, Israel Col.(Ret.) Jonathan Fighel served in various operational and field positions in the Intelligence Gathering and Research Department of the Intelligence Corps of the IDF. Since 1999 Jonathan Fighel is a senior research scholar and Director of the Intelligence Assistance for Terrorism Prosecution Department at ICT, IDC Herzliya-Israel. He is an expert on Palestinian terror organization, counter-terrorism, and Middle East affairs. Col. Fighel holds M.A degree in Middle East Studies from Tel Aviv University and combines academic and operational experience in combating terrorism. He has extensive counter-terrorism experience, expert on the Palestinian Authority, Islamist organizations (Hamas, Islamic Jihad, Al-Qaeda) the Palestinian suicide terrorism phenomenon and funding terrorism, the use of the Internet and a tool for propaganda, recruitment fundraising, and as a radicalization catalyst regarding the “homegrown” terrorism phenomenon. He is also a member of the International Academic Counter Terrorism Community (ICTAC). A media commentator on security counter-terrorism, he has lectured in a number of universities and law enforcement agencies around the world, including the US, India, Italy, Singapore, Turkey, Australia, Spain and Germany. Col. Fighel is frequently invited for lectures and orientation courses in IDF, Israel National Police, The Border Police, Israeli Security Agency (ISA), FBI, N.Y Police, TSA, Scotland Yard, London police and NATO- COE-DAT Center of Excellence Defense Against Terrorism in Turkey. The Israeli Defense Minister appoints him as a member of academic and governmental research teams on Palestinian suicide bombers and was a consulting member of the Minister of Transportation’s advisory team.