During the last few weeks, there has been a growing trend of lively discourse on…

During the last few weeks, there has been a growing trend of lively discourse on the Shumukh Al-Islam forum about flight and aircraft. The downing of the Russian Kogalymavia Airlines plane in the Sinai Peninsula on October 31, 2015 increased the scope of the conversations on the forum that dealt with flight and the possibility of attacking aircraft.

On the backdrop of the forum discussions is the claim of responsibility for the attack by the Sinai Province of the Islamic State. An announcement – which was published in the beginning of November and included mainly threats and taunts aimed at Russia – stated the following:

“In the merit of Allah, we are the ones who brought it [the plane] down, but we are not obligated to reveal the method used to down it. …we will reveal, Allah willing, the method used to down the plane at a time of our choice, and in a manner that we see fit. In any case, have you noticed that the plane was brought down on the 17th day of the month of Muharram? Do you know that is the same date we pledged allegiance to the Caliph of the Muslims, may God protect him?”[1]

Since it is clear that the narrator of the announcement was referring to the pledge of allegiance made by Ansar Bayt Al-Maqdis to the Islamic State, it should be noted that the organization’s pledge of allegiance to the Caliphate was publicized on November 3 last year – a date that corresponded to the 10th of Muharram, according to the Hijri calendar.[2]

A significant portion of the discourse on the forum contained expressions of joy and praise for the success of the attack, and for the damage caused to the Russian and Egyptian governments. Some of the visitors even described the attack as “a 9/11 attack against Russia”.[3] Alongside the words of praise, the discourse also included operative suggestions for bringing down planes, carrying out attacks in airspace, and the use of aircraft in the framework of jihad. Below are several examples, including posts that were published before the attack on the Russian plane: 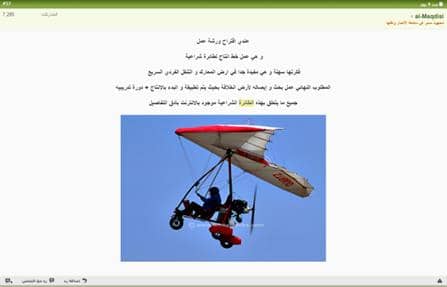 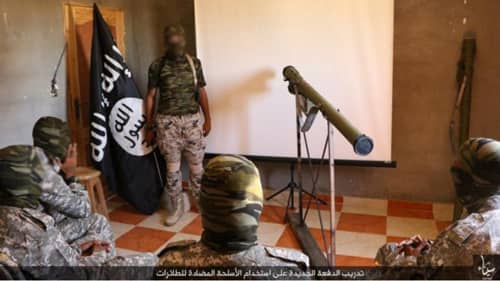 A class about IGLA by IS in Sinai Province 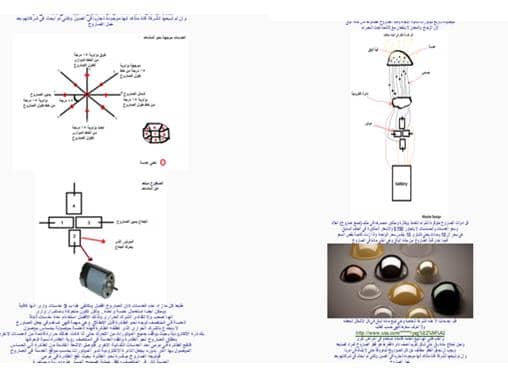 Diagrams and instructions for constructing an anti-aircraft missile

It should be emphasized that the discourse about flight is not foreign to the forum, and posts on the subject can be found from past years. On December 27, 2014, for example, a forum member nicknamed abokhabab mentioned that the “hidden bomb” that appeared in issue 13 of INSPIRE (AQAP’s English language online magazine) could be used by lone wolves “to down the civilian planes of apostates”. 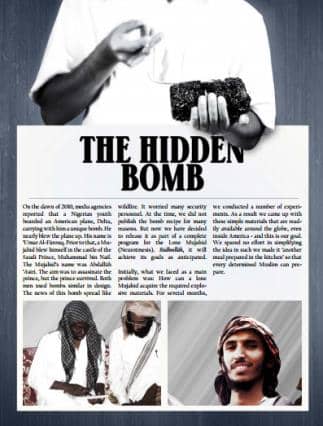 Aside from the discussions on the forum, the Islamic State’s official media branches addressed the incident in their other publications. The Islamic State media outlet in Nineveh Province in Iraq, for example, published a video titled “Downing the Russian plane to avenge our people in Syria”. In addition to footage of blessings and the distribution of sweets in celebration of downing the plane, at the end of the video five fighters appear. One of them sends warnings in Russian to Russia and Putin, while threatening to carry out terror attacks on Russian soil.[3] 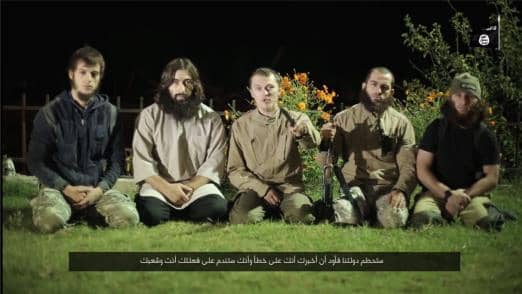 Sending warnings to Putin and Russia from Nineveh Province in Iraq

Even if the details about the downed plan remain a mystery for the time being, it is reasonable to assume that the Islamic State will continue to take advantage of the event for its own propaganda purposes in the coming weeks.