This morning, a Palestinian terrorist carried out a shooting attack at a security checkpoint that…

This morning, a Palestinian terrorist carried out a shooting attack at a security checkpoint that served as an entry point for workers from the territories adjacent to the community of Har Adar, near Jerusalem. A border police officer and two security guards were killed, and another Israeli was seriously injured.

The terrorist who carried out the attack was Nimer Mahmoud Ahmad Alamal, 37, and a father of four from Bayt Surik. A review of his Facebook account,[1] which was shut down approximately one hour after the attack, indicates that over the last two years Aljamal mainly published family photos as well as posts in memory of Seif Aljamal, a relative and friend who was killed in January 2015 during a family dispute. It should be noted that the account included a few posts dealing with moderate religious content or propaganda against Israel and the settlements, but not to an exceptional extent that would attest to extreme radicalization. 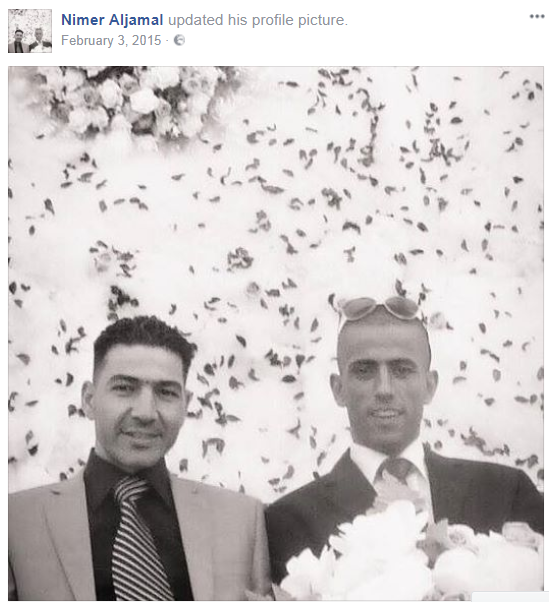 A photo of Nimer together with Seif Aljamal, who was killed in a family dispute in 2015

Against the backdrop of the publication by the Israeli security establishment, according to which Aljamal’s wife fled to Jordan after he assaulted her, a screenshot was distributed on social networks of a message that Aljamal had sent to her privately. In the message, Jamal asked her to make public his message that his wife was an ‘exemplary wife’ while he was the one who erred in his treatment her and in the jealousy that he displayed towards her. Jamal emphasized in the message that “what you see tomorrow has nothing to do with my wife”. It should be noted that even though the message was sent privately to Aljamal’s wife, in the discourse on social networks, including Hamas channels, it was considered to be an official last will and testament. 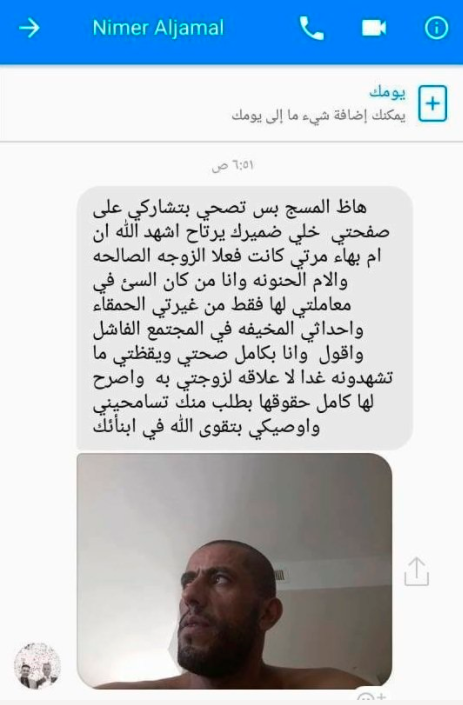 The terrorist’s last will and testament 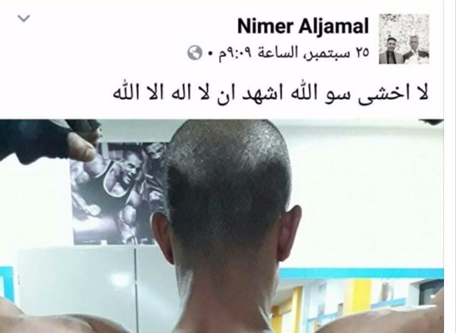 Among the terrorist’s final posts on his Facebook account: “I fear nothing but Allah, I testify that there is no God but Allah”

It should be noted that Hamas has appropriated the incident in a manner similar to previous terrorist attacks, and stressed that the attack is part of a series of attacks constituting a new intifada wave rather than a passing episode or isolated incident. In this context, Dr. Moussa Abu Marzouk, a senior Hamas official, tweeted the following: “Jerusalem will never be broken. It will continue to be the direction of our political prayer, our eternal capital […]”. Other activists on networks affiliated with Fatah or Hamas launched several hashtags about the incident aimed at glorifying his image, as well calling for a continuation of the wave of attacks against Israel and Jewish targets. [2]

Banners produced by Hamas in memory of Nimer Aljamal