Spotlight on Senior Researcher, Head of the Terrorism and Media Desk, at the International Institute…

1982 He completed his doctorate in Communication at the Hebrew University. His research dealt with the spread of information on social network.

1985 He completed a post-doctorate at Stanford University on Terrorism and Media.

1996 He founded the Department of Communication at Haifa University, which he headed for eight years.

To date, he has published nine books,[1] seven
Monographs and over 180 scientific articles and book chapters. He has also won dozens of international research grants (in the US, Canada, Germany, Australia and the European Community), academic awards, and more.

In 2019, he was appointed Senior Researcher and Head of the Terrorism and Media Desk at the ICT. 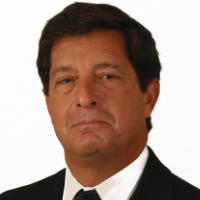 One of the possible ways to understand the development of modern terrorism is through an analysis of its media activity, from the terrorist attack at the Munich Olympics (1972), to the September 11 attacks, to the current wave of jihadist terrorism.

The media component has a central place in terrorist attacks since, in addition to the physical casualties of these attacks, huge audiences of “spectators” are also affected by these traumatic events on media platforms. Researchers of terrorism and media call the phenomenon the “theater of terror” in order to emphasize the use of an almost theatrical production aimed at exposing terrorism on the global stage of mass media.

Modern terrorists understood the value of the “theater of terror” and began to plan their activities according to media considerations, produce ostentatious attacks and maintain an active presence on thousands of websites and social networks.

The Islamic State carried out gruesome displays of decapitation, burning, mass slaughter, drownings of prisoners and more, which it amplified by producing high-quality and professionally edited horror videos documenting the massacre, uploading them to the Internet and promoting them on social networks.

If in the era of “old media”, newspapers, radio and television systems had responsible editors who served as “gatekeepers” and screened for harsh images, in today’s era “everything is open”: there are no gatekeepers or selective editors on the Internet or social networks.

The issues of the Internet and terrorism, and terrorism and propaganda are being studied by various researchers, but no one research group includes all the media aspects of modern terrorism. Therefore, the new desk headed by Prof. Weimann is the only one of its kind in Israel.

Topics relevant to the interface between media and terrorism will be discussed in a series of articles on the ICT website:

The first article published in the framework of the Desk analyzed the phenomenon of “Digital Terrorism in the Israeli Election Campaign” and dealt with the possible phenomenon of terrorist organizations (such as Hamas, Hezbollah, the Palestinian Islamic Jihad) and pro-terror governments (such as Iran or Syria) activating digital terrorism against the Israeli election campaign, which could affect its results.

“The New Media Positioning of the Islamic State” – From a media perspective, the organization has gained unprecedented achievements: it implemented advanced media platforms, produced hundreds of videos, achieved extensive international exposure and succeeded in recruiting tens of thousands of volunteers to its ranks. However, the military defeats that it suffered also led to a change in the organization’s media strategy, target audiences, propaganda messages and media platforms. The article will review the Islamic State’s new media positioning.

“The Darknet” – will examine the way that various terrorist organizations use the darknet, which is typically used by criminals, pedophiles, and drug and arms dealers, and has recently become a convenient space for these organizations to operate in.

Response measures undertaken by governments, international organizations and commercial companies that operate social networks (Facebook, Twitter, etc.) against their use by terrorist organizations will be examined.

Modern terrorism presents one of the most difficult challenges for modern democracies because it shakes the sensitive boundaries of basic rights, such as freedom of expression, the right to liberty, freedom of the press and the public’s right to know. In recent decades, there has been an increase in terrorist attacks in Israel and abroad designed to garner media coverage, thereby creating international awareness of the distress and demands of various organizations and groups. Online media, which is open to all without limits or filters, further challenges the meaning of freedom of speech and media. Do considerations of national security, public protection, counter-terrorism and incitement prevention have to lead to more aggressive policies on online platforms, such as Facebook, YouTube, Twitter or Instagram, which have become tools of modern terrorism? Today, these questions are troubling not only to those of us in Israel, they are on the agenda of the entire world.

Prominent books by Prof. Weimann that deal with media and terrorism:

[1] The titles of his published books on the topic of media and terrorism appear below.