Dr. Southers’ career has spanned all levels of law enforcement, formerly serving as Assistant Chief of Homeland Security and Intelligence at the Los Angeles World Airports Police Department. He also previously enjoyed the distinction of FBI Special Agent and SWAT team member, as well as Santa Monica Police Officer. He served on the faculty and tactical staff of the Rio Hondo Police Academy.

Currently, Dr. Southers holds roles throughout the international counterterrorism and national security arena, including: Visiting Fellow and member of the Professional Advisory Board of the International Institute of Counter-Terrorism in Herzliya, Israel; a member of the Bipartisan Policy Center’s Homeland Security Project; a Senior Fellow at the UCLA School of Public Affairs; and a member of the Advisory Committee for the Command, Control and Interoperability Center for Advanced Data Analysis (CCICADA) at Rutgers University. He is also the Managing Director of the Counter-Terrorism and Infrastructure Protection Division for TAL Global Corporation, an international security consulting firm.

Dr. Southers has testified before the full Congressional Committee on Homeland Security as a subject matter expert and counterterrorism analyst. At USC, he developed the Executive Program in Counterterrorism and serves as an adjunct professor of Homeland Security and Public Policy in the Sol Price School of Public Policy, where he received the 2014 Outstanding Doctoral Project Award and was named the 2013 and 2014 Outstanding Adjunct Professor of the Year. He is a regular contributor to national and international media networks on matters of terrorism and national security, the author of Homegrown Violent Extremism and testified at the first Congressional Hearing on the Boston Marathon bombings.

Dr. Southers was the recipient of the Earl Warren Outstanding Public Service Award, was recognized in Security Magazine’s Top 25 Most Influential Industry Thought Leaders in the United States, and was a member of the Los Angeles Mayor’s Blue Ribbon Panel on Airport Security at LAX. He earned his undergraduate degree from Brown University, and he holds masters and doctoral degrees in public policy from USC.

Dr. Erroll G. Southers is an internationally recognized expert on counterterrorism, public safety, infrastructure protection, and homeland security. He is the Director of the Safe Communities Institute at the University of Southern California, where he is also a Professor of the Practice in National & Homeland Security.

Before this, Dr. Southers was a Special Agent with the Federal Bureau of Investigation and also worked seven years as a police officer with the Santa Monica Police Department. Lecturing at Joint Chiefs of Staff Antiterrorism Seminars and testifying before Congress on homeland security matters, Dr. Southers was recognized in Security Magazine’s Top 25 Most Influential Industry Thought Leaders in the United States and is a recipient of the Earl Warren Outstanding Public Service Award.

He is a Senior Fellow of the UCLA School of Public Affairs and a Visiting Fellow of the International Institute of Counter-Terrorism in Herzliya, Israel. Dr. Southers lectures throughout the world and has been interviewed on CNN, NBC, MSNBC, NPR and a variety of other news programs. He holds Doctoral and Master’s degrees from USC and earned his BA from Brown University.

Throughout his career, Dr. Southers has received dozens of awards and acknowledgements, including: 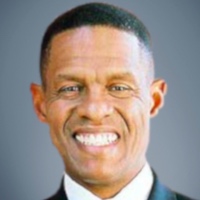