Professor Bruce Hoffman has been studying terrorism and insurgency for over four decades. He is a tenured professor in Georgetown University’s Edmund A. Walsh School of Foreign Service where from 2010 to 2017 he was the Director of both the Center for Security Studies and of the Security Studies Program. In addition, Professor Hoffman is visiting Professor of Terrorism Studies at St Andrews University, Scotland. He previously held the Corporate Chair in Counterterrorism and Counterinsurgency at the RAND Corporation and was also Director of RAND’s Washington, D.C. Office. Professor Hoffman also served as RAND’s Vice President for External Affairs and as Acting Director of RAND’s Center for Middle East Public Policy.

Appointed by the U.S. Congress to serve as a commissioner on the Independent Commission to Review the FBI’s Post-9/11 Response to Terrorism and Radicalization, Professor Hoffman was a lead author of the commission’s final report. He was Scholar-in-Residence for Counterterrorism at the Central Intelligence Agency between 2004 and 2006; an adviser on counterterrorism to the Office of National Security Affairs, Coalition Provisional Authority, Baghdad, Iraq in 2004, and from 2004-2005 an adviser on counterinsurgency to the Strategy, Plans, and Analysis Office at Multi-National Forces-Iraq Headquarters, Baghdad. Professor Hoffman was also an adviser to the Iraq Study Group.

Professor Hoffman was the founding Director of the Centre for the Study of Terrorism and Political Violence at the University of St Andrews in Scotland, where he was also Reader in International Relations and Chairman of the Department of International Relations. Professor Hoffman is Editor-in-Chief of Studies in Conflict and Terrorism, the leading scholarly journal in the field. and a member of the advisory board of Terrorism and Political Violence. He is also editor of the Columbia University Press Series on Terrorism and Irregular Warfare.

He has been a Distinguished Scholar, a Public Policy Scholar, a Senior Scholar, and a Global Fellow at the Woodrow Wilson International Center for Scholars, Washington, D.C.; a Senior Fellow at the Combating Terrorism Center, U.S. Military Academy, West Point, N.Y.; a Visiting Professor at the Institute for Counter-Terrorism, Reichman University, Herzliya, Israel; and, a Visiting Professor at the S. Rajaratnam School of International Studies, Nanyang Technological University, Singapore. He is also a contributing editor to The National Interest and a member of the Jamestown Foundation’s Board of Directors; a member of the board of advisers to the FBI Intelligence Analysts Association; and, serves on the advisory boards to the Arms Sales Monitoring Project at the Federation of American Scientists and of Our Voices Together: September 11 Friends and Families to Help Build a Safer, More Compassionate World.

Professor Hoffman holds degrees in government, history, and international relations and received his doctorate from Oxford University. In November 1994, the Director of Central Intelligence awarded Professor Hoffman the United States Intelligence Community Seal Medallion, the highest level of commendation given to a non-government employee, which recognizes sustained superior performance of high value that distinctly benefits the interests and national security of the United States.

He has conducted field work on terrorism and insurgency in Afghanistan, Argentina, Colombia, India (Kashmir and Assam), Indonesia, Israel, Iraq, Northern Ireland, Pakistan (North West Frontier Province), the Philippines (Mindanao), Palestine (the West Bank and Gaza Strip), Sri Lanka, and Turkey. In 2008 he visited Khowst, Paktia, Kunar, and Nuristan Provinces in Afghanistan to observe the operations of the 82nd Airborne and Provincial Reconstruction Teams under its command, and also traveled to Pakistan, where he toured Pakistani military training facilities and divisional headquarters in the North West Frontier Province.

A revised and updated third edition of his classic book, Inside Terrorism, was published in 2017 by Columbia University Press in the U.S. Foreign language editions of the first edition were published in ten countries. The Washington Post described Inside Terrorism as ”brilliant” and the ”best one volume introduction to the phenomenon” (16 July 2006). Professor Hoffman’s most recent books are The Evolution of the Global Terrorist Threat: From 9/11 to Osama bin Laden’s Death (2014), and Anonymous Soldiers: The Struggle for Israel, 1917-1947 (2015), which was awarded the Washington Institute for Near East Studies’ Gold Medal for the best book on Middle Eastern politics, history and society published in 2015 and also named the Jewish Book of the Year for 2015 by the Jewish National Book Council. Anonymous Soldiers was also cited as best book of the year by the St Louis Times-Dispatch and the Kirkus Review and an “Editors’ Choice” of the New York Times Book Review.

Professor Hoffman was a Fellow and C. V. Starr Distinguished Visitor at the American Academy of Berlin, Germany during the fall, 2006; a Visiting Fellow at the Australian Strategic Policy Institute, Canberra, Australia during the summer, 2007; a Visiting Fellow at All Souls College, Oxford University for Michaelmas Term (first semester) 2009 and was the S. Rajaratnam Professor of Strategic Studies at Nanyang Technological University Singapore for the 2009/2010 academic year. He is currently the Shelby Collum and Katherine W. Davis Senior Fellow for Counterterrorism and Homeland Security at the Council on Foreign Relations. 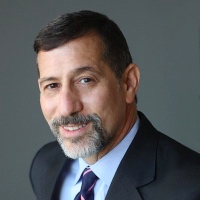