Cary Gleicher is a former Senior FBI Official and today serves as an Associate at the International Institute for Counter-Terrorism (ICT) at Reichman University, Herzliya.

Cary was born and raised in New York City.  He received a Bachelor of Arts in Finance from the University of South Florida and an Executive Certificate in Counterterrorism Studies from Reichman University, Herzliya, Israel.  He was commissioned as a U.S. Army Reserve Officer after graduating from Officer Candidate School in Fort Benning, Georgia.

In 1989, Cary began his FBI career in Tucson, Arizona.  In 1997, he became the first FBI supervisor assigned to the U.S. Virgin Islands.  In 2001, he was a unit chief in the FBI’s International Operations Division and had operational oversight of the Legal Attachés in Asia, the Middle East, South America and Australia.  In 2006, he was detailed to the Office of the Director of National Intelligence as a senior advisor on foreign relations.  In 2009, he was Phoenix Division’s Assistant Special Agent in Charge for the Criminal Branch.

Cary’s last assignment with the FBI was on Guam, a US island territory in Micronesia. He retired from the FBI on August 28, 2020 and joined ICT on September 1st 2020. 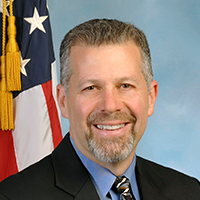