On June 26, 2015 at 9:28 am, Yassin Salhi (a driver for a delivery company) entered the Air Products Gas Company in Saint-Quentin-Fallavier (next to Lyon), one of the largest industrial neighborhoods in Europe. Salhi, who was known by the guards and had all necessary permits to work in this sensitive site.   He previously beheaded his employer and placed his head on the fence of the company along with two flags with the Shahada written on them. He then drove his car into a hangar in order to set fire to gas and acetone cylinders, injuring two employees. 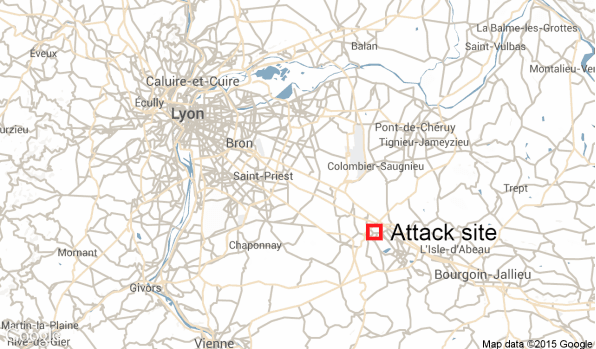 The attacker, yelling God is great in Arabic, was arrested at 10:00 am by French authorities. 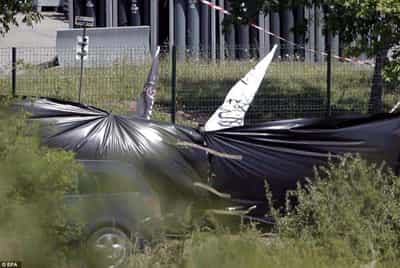 Salhi sent a picture of the beheading via Whatsapp to a Canadian number located in Syria. The phone number was later attributed to Yunes-Sébastien V-Z, a French Foreign Fighter currently fighting for ISIS in Raqqa.

It is important to note that a number of other attacks attributed to ISIS took place on the same day. They include a shooting attack in Tunisia and a bombing attack against a Shi’a Mosque in Kuwait. In Syria, ISIS killed more than 150 civilians in Kobane. These attacks came three days after ISIS called for attacks during the Ramadan. 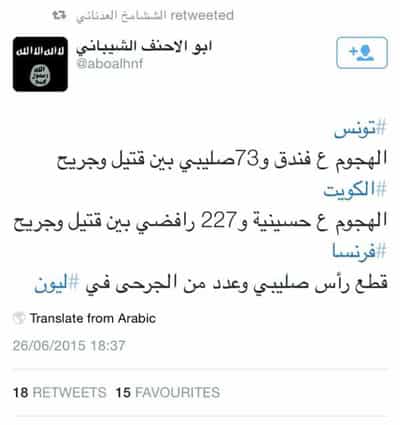 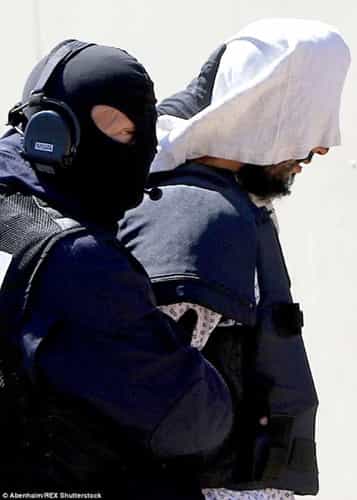 The trigger for the attack refers to the background and motivations for carrying out a terrorist attack. These are the results of internal processes within France, as well as a result of external fighting in the Middle East and other areas. There are several factors or scenarios that can influence the constraints of radical groups and motivate terrorists to conduct attacks. Those scenarios – threat multipliers – are divided into internal and external events. In cases when one or more threat multiplier occurs, the likelihood of an attack increases.

Deputy Executive Director, The International Institute for Counter-Terrorism (ICT); Founder & Editor-in-Chief, The International Counter-Terrorism Review (ICTR), The Interdisciplinary Center (IDC), Herzliya, Israel Stevie Weinberg is the Deputy Executive Director of the International Institute for Counter-Terrorism (ICT) at the Interdisciplinary Center (IDC), Herzliya, Israel. He is also the Founder & Editor-in-Chief of the International Counter-Terrorism Review (ICTR), a leading publication that serves as a platform for exchanging research and policy recommendations addressing international issues pertaining to terrorism and counter-terrorism. Weinberg also serves as the President of the Youth Atlantic Treaty Association (YATA)'s Israel Chapter, which aims to empower the next generation of security leaders and foster the values embedded in the North Atlantic Treaty. At the ICT, he leads various large-scale projects for private and public customers and manages the daily operations of the ICT team.  Weinberg is the Director of the ICT's Annual Summit on Counter-Terrorism, the World's leading international conference in the field of Terrorism and Counter-Terrorism. He is also a Researcher for two Horizon 2020 grants, the largest research and innovation programme established by the EU. Weinberg served as the ICT lead-researcher and liaison to tech-companies; including Facebook and the Global Internet Forum to Counter-Terrorism (GIFCT), a consortium dedicated to prevent terrorists and violent extremists from exploiting digital platforms. As part of this cooperation, the ICT received two important research awards. In addition, Weinberg is an Adjunct Lecturer at the Lauder School of Government, Diplomacy & Strategy at the Interdisciplinary Center (IDC), Herzliya, where he previously served as a Researcher and Teaching Assistant for various world leading experts in terrorism. As part of the Lauder School of Government, Diplomacy & Strategy, Weinberg also served as the Co-Founder and as the first Director of the Shadow Government, a program that parallels the actual government and monitors its activities, with students acting as ministers and providing policy recommendations. Prior to his current position at the ICT, Weinberg served as the Director of Operations; Internship Coordinator & Project Manager; and Researcher at the ICT. He managed a team of 50 Israeli and international interns per year; and co-founded and first coordinated ICT's Online Academic Programs.  Weinberg graduated Valedictorian (Magna Cum Laude) from the Lauder School of Government, Diplomacy and Strategy's Master of Arts in Government with a Specialization in Counter-Terrorism & Homeland Security.