Daniel Cohen is a Research Fellow at the International Institute for Counter-Terrorism (ICT) at Reichman University, Herzliya. He is the Head of Diplomatic Counter-Terrorism program at The Abba Eban Institute for International Diplomacy, Reichman University, Herzliya. He also serves as a Senior Researcher at Blavatnik Interdisciplinary Cyber Research Center (ICRC) and Yuval Ne’eman Workshop for Science, Technology and Security, Tel Aviv University.

Daniel’s research fields include Cybersecurity, cyber terrorism, Influence operations, terrorist organizations and their use of web & social media, and Counter-Terrorism. He is a frequent lecturer in the private sector, governments, and security establishments, including as a consultant/ expert on Violent Extremism and Radicalization for the Organization for Security and Co-operation in Europe (OSCE) and as an expert representative at the UN Security Council Counter-Terrorism Committee. 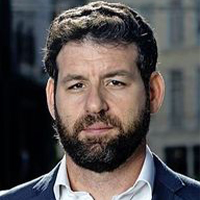