Brigadier General (Ret.) Zeev Zuk Ram (Vova) is a Fellow at the International Institute for Counter-Terrorism (ICT), Reichman University. He served in various roles in the IAF within the aerial defense division. In his latest role, he served as a brigade commander in the Northern Command.

In 1994 studied in the Israeli National Security College and upon his graduation served in the Home Front Command, first as an executive officer then as the chief of staff (while on reserves service).

In 2001, upon his discharge from the IDF worked in the counterterrorism HQ within the Office of the Prime Minister.

In 2007, in light of the 2006 Second Lebanon War, Israel formed a National Emergency Authority (NEA), which he built and headed for four years.

Upon the end of his tenure at NEA in 2011, served as the deputy head of the National Security HQ in the Office of the Prime Minister until 2018.

In 2019 was appointed as NEA head and chairman of the inter-office committee on earthquakes.

His main expertise is national emergency preparedness at ministries and municipalities level and maintaining the continuation of national function in emergency situations. 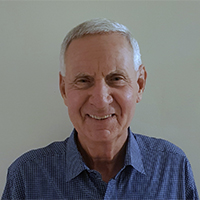