Dr. Yossi Mann is a researcher in the Institute of Policy and Strategy in Reichman University. Over the past few years, he has focused on the commodities market mainly concerning issues related to the oil and gas industries in the Middle East. He spent a considerable period of time at the Universities of Gdansk and Szczecin in Poland and also attended Oxford University for his post-doctoral research. In addition to his academic background he has taken part in several economic and security projects such as:

2015-2018: Head of the Department of Middle Eastern Studies- Bar-Ilan University

The Oil Industry in the Middle East

2015- The Lauder School of Government, Diplomacy and Strategy- Lecturer 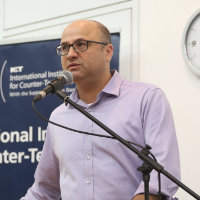