William C. Banks is Syracuse University College of Law Board of Advisors Distinguished Professor and SU Maxwell School of Citizenship and Public Affairs Professor of Public Administration and International Affairs. During 2015-2016, Banks was Interim Dean of Syracuse Law. The Founding Director of the Institute for National Security and Counterterrorism at SU, under his leadership, INSCT has risen from its inception in 2003 to become a recognized leader in research and education on national and international security and terrorism.

Banks is the co-author of leading books in the field of national security and counterterrorism law and policy, including Soldiers on the Home Front: The Domestic Role of the American Military (Harvard, 2016); New Battlefields/Old Laws: Critical Debates on Asymmetric Warfare (Columbia, 2011); and the casebooks National Security Law (Aspen, 2012) and Counterterrorism Law (Aspen, 2011). 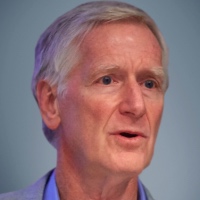