Sivan Yechieli is a software executive, entrepreneur and public sector leader, specializing in operational continuity in times of war.

As former Mayor of Kfar-Vradim (2008-2018) and Chair of Israel’s Northern Confrontation Line Forum, he was the steering force of the Northern Protection Plan: a government policy aimed at ensuring regional continuity in times of war.

Prior to his public service, Sivan held senior positions at local hi-tech companies. During his IDF service, he served as an Infantry and reconnaissance officer.

Sivan is a graduate of Stef Wertheimer College of Entrepreneurs. He holds a B.A. in Economics and Multidisciplinary Studies from Haifa University and an M.A. in Legal Studies from Bar-Ilan University. 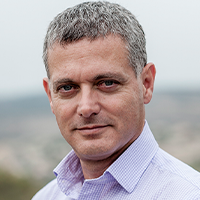