Prof. Jessica Stern is a Research Professor at Boston University’s Pardee School of Global Studies.  Stern has taught courses on counter-terrorism for 20 years – at Boston University, Harvard, and CIA University. She is a Member of the Homeland Security Experts Group, a Fellow at both Hoover Institution and Harvard’s School of Public Health, and a non-resident Fellow at the Quincy Institute for Responsible Statecraft.  She has participated in several DHS, NATO, and DOD-funded countering-violent extremism projects at Children’s Hospital and the Chan School of Public Health at Harvard.

Stern is the coauthor with J.M. Berger of ISIS: The State of Terror, and the author of My War Criminal: Personal Encounters with an Architect of Genocide (forthcoming January 2020), DENIAL: A Memoir of Terror, TERROR IN THE NAME OF GOD: Why Religious Militants Kill.  Stern served on President Clinton’s National Security Council Staff in 1994-95.  She was included among seven “thinkers” in Time Magazine’s 2001 series profiling 100 innovators.  She was selected as a Guggenheim Fellow in 2009, a World Economic Forum Fellow from 2002-2004, an International Affairs Fellow in 1994, and elected to Sigma Xi, an engineering honors society, in 1986.

Stern advises a number of government agencies on issues related to terrorism. She has a bachelor’s degree from Barnard College in chemistry, a master’s degree from MIT in technology policy, and a doctorate from Harvard University in public policy.  She is a 2016 graduate of the Massachusetts Institute of Psychoanalysis. 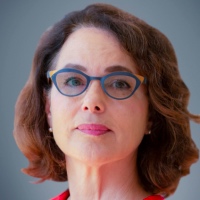