Daniel Reisner served as a legal adviser in the Israel Defence Forces Military Advocate General’s Corps for 19 years. Between 1995 and 2004 he held the position of Head of the International Law Department. In this capacity, Reisner was responsible for advising the IDF General Staff and other senior IDF officers, the Ministry of Defense and the Prime Minister’s Office on issues including Israel’s activities vis-à-vis the Palestinians and neighbouring Arab States, international law, counter-terrorism operations, and the middle-east peace process. In addition to the above, between 1994 and 2000 Daniel Reisner served as a senior member of Israel’s peace delegations with both Jordan and the Palestinians, working in the triple role of negotiator, legal advisor and drafter. In this capacity, Daniel Reisner advised Prime Ministers Rabin, Peres, Netanyahu and Barak, and participated in all of the negotiation sessions and summits, including those in Amman, Wye River, Camp David and Taba.

Following his retirement from military service, Daniel Reisner assumed a senior managerial position in the Rothschild Foundation. In 2005 opened his own law firm, specializing in representing international clients in their business activities both in Israel and abroad. Parallel to his professional career, Daniel Reisner has pursued active academic activity, is widely publishing and is sought after as a lecturer and panellist. He is currently a fellow in two of Israel’s leading private research centers, teaches in several universities and continues to advise senior members of the Israeli government on issues related to the Middle East peace process and security. 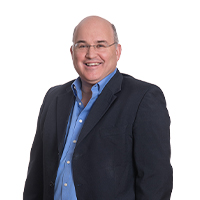