Mr. Regev established and was the chairman of IMI Anti-Terror & Security Academy.

he was the former Israeli Security Agency (ISA) executive and served as Director of the Security Subdivision which handles, among others, the Israeli Aviation Security in Israel and abroad.

Mr. Regev was the Director of El Al Security Division, which provides Security Services for all Israeli Carriers.
He also served as chief Security Manager of EL AL station in N.Y., Cyprus and Kenya.

In his Military service, Mr. Regev was a Battalion Commander in the Infantry.
He has extensive leadership experience in Aviation Security for Airlines and Airport Operations and has provided guidance and coordination of aviation security policy on national and international levels for over 20 years, on the ground and H.Q. positions, Tactical and Strategical levels.

He  brings with him the unique Israeli point of view based on years of experience coping with the Aviation’s Terror. 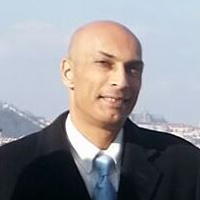