Barkat did his military service in the Paratroopers Corps. He was injured during an operation in southern Lebanon, yet insisted afterward on returning to the army, becoming a company commander in Battalion 890 and seeing action in the First Lebanon War, among others.

While in university Barkat and his friends created one of the world’s first antivirus technologies and went on to establish BRM, one of Israel’s leading investment funds. Barkat is a founder and the first chairman of the board of CheckPoint Technologies, the cyber security giant. For many years now, he has been involved in philanthropic activities, primarily focusing on ventures in education and social affairs.​

He served some five years as opposition chairman on the Jerusalem City Council, after which he was elected mayor, remaining in that position for a decade. During Barkat’s tenure, Jerusalem changed dramatically and once again achieved the status it deserves as the eternal capital of the State of Israel. Young people came back to live in the city, hi-tech and other companies opened  offices there, foreign and local tourists visited its sites once again, education and academia reassumed leadership, and national and international culture and sporting events filled the city’s venues and streets. As a result of his efforts, Jerusalem was transformed into the world’s number one in terms of tourism and hi-tech industry growth, and the leading Israeli city in new business openings.

In 2019, Barkat was elected to the Knesset after reaching one of the first ten spots on the Likud party slate. For his public service he takes no salary beyond a token one shekel annually.

MK Nir Barkat is married to Beverly, father of three daughters and a lifelong Jerusalemite. 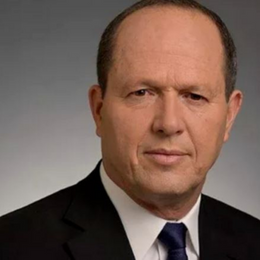