Mike Signer is the Inaugural Democracy Fellow in the Program on Democratic Resilience and Development at the Lauder School of Government, Diplomacy, and Strategy, sponsored by the Konrad Adenauer Foundation. He served as the mayor of Charlottesville, Virginia, from 2016–2018, a AAA-bond-rated city of nearly 50,000 that was ranked the #4 city for entrepreneurs by Entrepreneur magazine during his tenure and which he served during the violent Unite the Right rally of 2017. Afterward, he founded and chaired Communities Overcoming Extremism: the After Charlottesville Project, a bipartisan coalition including the Anti-Defamation League, the Ford Foundation, the Charles Koch Institute, the Fetzer Institute, and New America.

He is the author of three books: Cry Havoc: Charlottesville and American Democracy under Siege (PublicAffairs, 2020), Becoming Madison: The Extraordinary Origins of the Least Likely Founding Father (PublicAffairs, 2015), and Demagogue: the Fight to Save Democracy from Its Worst Enemies (Palgrave Macmillan, 2009). He has written for The New York Times, The Washington Post, The Atlantic, Democracy: A Journal of Ideas, and Time Magazine and has been interviewed by Meet the Press, Face the Nation, This Week, Anderson Cooper 360, the Rachel Maddow Show, and NPR’s All Things Considered. He teaches at the University of Virginia’s Batten School for Leadership and Public Policy. He holds a J.D. from the University of Virginia, a Ph.D. in political science from U.C., Berkeley, and graduated magna cum laude from Princeton University, where he was a work-study student. He was raised in Arlington, Virginia, where he attended public school.

He also has extensive experience in the private sector and as a practicing attorney. He recently became North America Policy Director for Airbnb. From 2017 – 2022 he was Partner, VP and General Counsel of WillowTree, the country’s largest independent digital design agency, where he sat on the firm’s executive committee. He served as Founder and Managing Principal of Madison Law & Strategy Group, PLLC, from 2010 – 2016. Earlier in his career he was counsel to Governor Mark Warner of Virginia and an attorney at Wilmer Cutler Pickering Hale & Dorr in Washington, He was a voting rights attorney for many years and in 2010 traveled to wartime Afghanistan on behalf of the U.S. government to monitor the country’s parliamentary elections.

In the national security field, Mr. Signer served in the foreign policy and national security team for Senator John Edwards’ 2008 presidential campaign. Additionally, he was a senior policy advisor at the Center for American Progress where he also directed the Homeland Security Presidential Transition Initiative. In addition to his work with the Center for American Progress, Mr. Signer is also a founding principal of the Truman National Security Project.

Mike Signer is a recipient of the Levenson Family Defender of Democracy Award from the Anti-Defamation League, the Courage in Political Leadership Award from the American Society for Yad Vashem, and the Rob DeBree & David O’Malley Award for Community Response to Hatred from the Matthew Shepard Foundation. Forward Magazine has named him one of 50 most influential Jewish leaders in America. He is an Aspen Institute Rodel Fellow. He has been profiled by the New York Times, Washington Post, NPR, CNN, and the Guardian.

He lives with his wife and their twin boys in Charlottesville. In his spare time, he enjoys running, reading, cooking, gardening, and being a jungle gym for his boys. 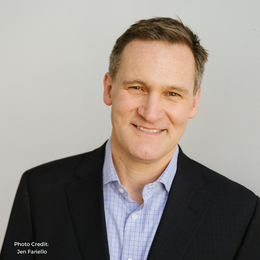