Dr. Anne Likuski is a senior research fellow at the Norwegian Defence Research Establishment (FFI). With an academic background rooted in Middle Eastern studies, Arabic and Russian, she has conducted research on militant Islamism since 2006. Her research is currently focused on al-Qaida’s history, leadership and strategy and jihadism in Afghanistan and Pakistan. She has also conducted research on terrorist modus operandi, terrorist use of the Internet and CBRN (chemical, biological, radiological and nuclear) terrorism.

Dr. Likuski holds an M.Phil in Asian and African Studies and a Ph.D. in history, both from the University of Oslo. She wrote her doctoral dissertation in 2012 on the relationship between al-Qaida and Taliban in Afghanistan.

Her most recent publications include “Jihadism after the ‘Caliphate’: Towards a New Typology,” British Journal of Middle Eastern Studies (2018); Al-Qaida in Afghanistan (Cambridge: Cambridge University Press, 2017), and “Thirty Years After its Foundation, Where is al-Qaida Going?” Perspectives on Terrorism (2017). 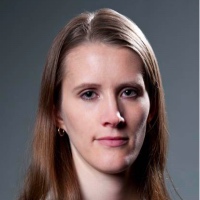