Seamus Hughes is the Deputy Director of the Program on Extremism at George Washington University. He is an expert on terrorism, homegrown violent extremism, and countering violent extremism (CVE). Hughes has authored numerous reports for the Program including ‘ISIS in America: From Retweets to Raqqa’ and ‘The Travelers: American Jihadists in Syria and Iraq.’ He regularly provides commentary to media outlets, including the New York Times, The Washington Post, the Wall Street Journal, Los Angeles Times, the Atlantic, CNN, MSNBC, FoxNews, BBC, PBS, and CBS’ 60 Minutes. He has testified before the U.S. Congress on multiple occasions.

Prior to NCTC, Hughes served as the Senior Counterterrorism Advisor for the U.S. Senate Homeland Security and Governmental Affairs Committee. He organized over a dozen congressional hearings on the threat of homegrown violent extremism, and led fact-finding delegations to the various European and Middle Eastern countries. He authored two reports for the Senate: “A Ticking Time Bomb: Counterterrorism Lessons from the U.S. Government’s Failure to Prevent the Fort Hood Attack” and “Zachary Chesser: A Case Study in Online Islamist Radicalization and Its Meaning for the Threat of Homegrown Terrorism.”

Hughes has authored numerous legislative bills, including sections of the 9/11 Commission Recommendations Act and the Special Agent Samuel Hicks Families of Fallen Heroes Act. He is a graduate of the University of Maryland, and a recipient of the National Security Council Outstanding Service Award and two NCTC Director’s Awards for outstanding service. He teaches classes at George Washington University and Georgetown University. 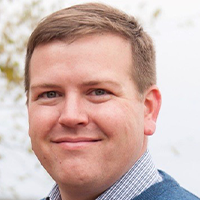