Israel’s Minister of Defense, Benjamin (Benny) Gantz, was born in 1959 in Kfar Achim and served as the 20th Chief of the General Staff of the Israel Defense Forces (IDF), a position he held from 2011-2015.

​During his 38 years of service in the IDF, Gantz commanded the Shaldag Unit, the Paratroopers Brigade, the Liaison to Lebanon Unit, the Judea and Samaria Division, the Northern Command, and the GOC Army Headquarters. He also served as the IDF’s attaché in the United States and the Deputy Chief of Staff. Gantz was one of the commanders who led IDF troops in Operation Moses and Operation Solomon – the covert Israeli military airlifts of Ethiopian Jews to Israel.

Upon retiring from the military, Gantz began dedicating his time and energy to strengthening Israel from within through social activism projects. He served as chairman of the ‘Yad Ben Gurion Society,’ dedicated to educational activism in the Negev, and as Chairman of the Advisory Board of NATAL – The Israeli Trauma and Resilience Center, which offers assistance to Israeli victims of war and terror. Gantz was also one of the founding members of ‘Pnima’ (the Hebrew word for ‘inward’), a visionary social program designed to address Israel’s most pressing internal problems and create the infrastructure for a less divided, more cohesive, and resilient Israeli society.

​In December 2018, Gantz formed the ‘Israel Resilience Party, later merging with other political groups to form the Blue and White Faction. Under Gantz’s leadership, the faction ran in four consecutive elections for the 21st, 22nd, and 23rd Knesset. In April 2020, the faction disbanded, with Gantz’s party taking on the Blue and White name and, together with the Likud, establishing a National Emergency Unity government in which he served as Alternate Prime Minister and Defense Minister. Once the government was dissolved, Blue and White ran for the 24th Knesset and joined the new government, a coalition of parties from across the political and social spectrum. Today he serves as Israel’s Minister of Defense.

​Gantz holds a master’s degree in national resource management from the Eisenhower School for National Security and Resource Strategy at the National Defense University in Washington D.C. and an honorary doctorate from Bar Ilan University, which he was awarded in 2015 in recognition of his contributions to Israeli society. Gantz was further awarded a Legion of Merit by the United States Armed Forces in 2013.

​He lives in Rosh HaAyin with his wife, Revital. They have four children. 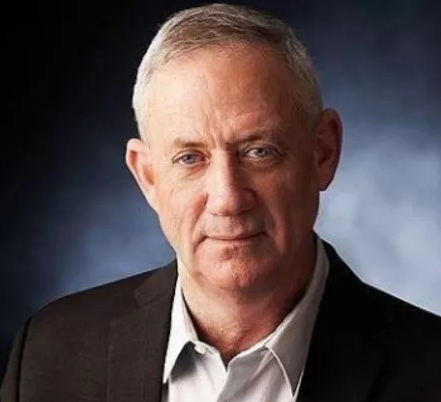