Skip links
Brigadier General (Res.) Eival Gilady is the Chairman of Western Galilee College, and is the President of Vanadis Ltd. He is also the President  of the Israeli-Palestinian Chamber of Commerce, of which he was a co-founder and first Chairman (2008-2011). Gilady was also the founder and CEO of the Portland Trust in Israel, a British foundation established to foster peace and stability in the Middle East (2005-2011). Gilady was the Chairman of KoretIsrael Economic Development Funds (2007-2013), and the Chairman of Ofanim (2012-2014).
Gilady is the Honorary Consul of the Republic of Slovenia in Tel Aviv. Gilady was appointed Head of Coordination and Strategy at the Office of Prime Minister Sharon in March 2005, and from 2001 to 2004 he served as Head of the Israel Defense Force’s Strategic Planning Division. His responsibility in this position encompassed strategic net assessment and all areas of politico-military policy recommendations, including the security aspects of the peace process and peace talks. Within the context of this role, he was responsible for developing the Gaza Disengagement Plan. A Brigadier General in the IDF, Gilady had a distinguished military career spanning three decades – commanding field units for twenty years, and serving an additional ten years on the General Staff.
Gilady earned his Bachelor’s and three Master’s degrees from Haifa University, National Defense University and George Washington University, in the areas of Resources Management, Policy Analysis, National Security Strategy, and Public Finance. From 1999 to 2001 he was assigned as a research fellow at the Hoover Institution and the Center for International Security and Cooperation at Stanford University. Eival Gilady lives in Kibbutz Cabri in the Western Galilee and is married with four children. 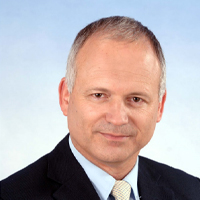