Marie-Christine Dupuis-Danon is an International expert on criminal finance, terrorism financing, money laundering, and the roads to a better governance.

She has worked as an investment banker advising many governments and notably in Sub-Saharan Africa in their debt restructuring and the management of their public finances from 1993 to 2000, before joining the United Nations Oﬃce on Drug and Crime (UNODC) where she was coordinating the organization’s technical assistance programs to UN Member States in the field of anti-money laundering policies from 2000 to 2003.

She founded and has led C3COM, a consultancy firm addressing non-military threats and advising governments, international organizations and CEOs on compliance and ethics, since 2004.

She is a regular speaker to law enforcement events on AML/CFT and the challenges of curbing criminal finance, including in the cyberspace.

Additionally, she lectures on behavioral ethics, values-based leadership and corporate governance in business schools and other academic arenas.

She’s the author of many books and articles relating to terrorism financing, money laundering, and other major financial crimes.

A graduate from HEC Business School majored in finance, Marie-Christine Dupuis-Danon additionally holds a MA in Communications and Social Sciences from CELSA-Sorbonne University and is a HEC-certified Executive Coach. She is an Auditor of the Institute of Higher Defense Studies of France (IHEDN-69ème Session Nationale POLDEF) and a member of ANSSI (the French cyber-defense body) Think-Tank, Agora 41. 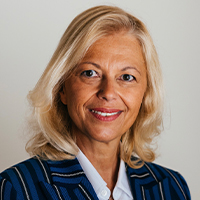