Tricia Bacon, PhD, is an Assistant Professor at American University’s School of Public Affairs. She is the author of Why Terrorist Organizations Form International Alliances published with University of Pennsylvania Press in May 2018.

Dr. Bacon is a non-resident fellow with George Washington University’s Program on Extremism. She is also a senior fellow at Fordham University’s Center on National Security. She was previously a Pre-Doctoral Fellow at the Brookings Institution, a Visiting Scholar and Terrorism Research Award recipient at the National Consortium for the Study of Terrorism and Responses to Terrorism (START) at the University of Maryland, and a PRISP Fellow and Presidential Management Fellow at the State Department. She earned her PhD in International Relations at Georgetown University. 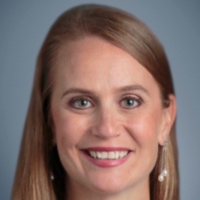