Ambassador Jean Paul Laborde is the current Roving Ambassador of the Parliamentary Assembly of the Mediterranean on Counter Terrorism, Transnational Organized Crime and to promote the rule of law and Adjunct Professor at French Military Academy St. Cyr where he is the Director, Counter Terrorism Centre and Chair Cybersecurity/Cyberdefense. He is also Maître of the Laborde Law Firm, Bar Association of the Court of Appeal of Toulouse; Professor, International Criminal Law ICES (Catholic Institute for Higher Studies). Additionally, he serves as an Honorary Judge, at the Judicial Supreme Court.

Amb. Laborde also served in various capacities at the United Nations; between 2002 and 2008 he was the Head of the terrorism prevention branch, UNODC, and Head of the Secretariat Section supporting the negotiations on the United Nations Convention on transnational organized crime, crime prevention, and criminal justice inter-regional advisor. The Ambassador then served as special adviser of the Under-Secretary-General for political affairs as Chairman of the Counter-Terrorism Implementation Task Force (CTITF) and as Director of the CTITF office. Between 2013 and 2017 he served as United Nations Security Council CTED’s Executive Director and Assistant Secretary-General; in his capacity, he led CTED, in particular, CT needs assessment missions worldwide, including in western Africa and most specifically in Benin, and reported on these missions to the UN Security Council. He frequently attends NY Convention on Arbitration and subsequent UNICITRAL conventions and rules Arbitration cases’ judging experience at the Commercial Chamber of the French Judicial Supreme Court International Arbitrator at the International Arbitration Chamber of Paris.

The Ambassador served for over 27 years in the French Judicial System in positions as Deputy Chief Prosecutor, Head of The Financial and Economic Branch in Toulouse And Saint Denis De La Reunion; Assistant Prosecutor-General, Court of Appeals of Caen, Normandy; Chief Prosecutor, Saint Pierre De La Reunion; Head of The National Service for the Inspection Of Penitentiary Services; Crime Prevention and Criminal Justice Inter-Regional Advisor, UNODC Vienna; President Of Chamber, Court of Appeals of Aix-En-Provence and finally between 2010 and 2013 as Judge, Judicial Supreme Court, Financial, Economic And Commercial Chamber as well as Criminal Chamber. 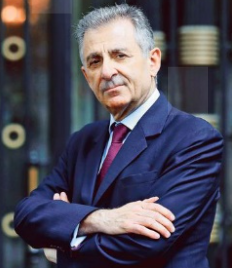